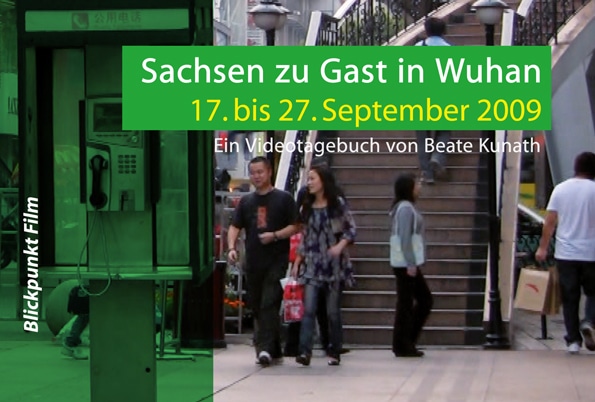 (SAXONY TO GUEST IN WUHAN)
Germany 2010, 98min
a video diary by Beate Kunath

Various Saxon institutions want to prove that Saxony is also a film-country with a program in the capital Wuhan of Saxony’s partner province Hubei within the framework of the partnership year “Germany and China – moving together”. They present renowned festivals with international reputation, but also a film scene that has traditional strengths in animated film and children’s films.
Other partners are involved in workshops for children.

The film diary has been made in September / October 2009.